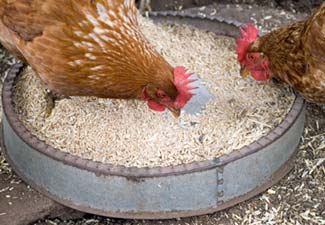 ABOVE: Unless you're a chicken, why scrabble for paltry sustenance?

A surprising number of published travel writers are now contributing to "revenue-sharing" content sites like Examiner.com and Suite101.com.

Other writers hope to replace income that has disappeared with the shrinkage of newspaper and magazine markets. If you belong to the latter group, you need to know two things:

Here's how the "long-tail" model operates:

Even the publisher is scrupulously honest in its accounting, the system isn't likely to pay writers well, because there are so many articles--and writers--divvying up the writers' share of revenues. Consider:

If you're a professional writer who's trying to build a career on the Web, avoid revenue-sharing sites. Concentrate on building your own travel-planning site.

You'll be your own boss, you'll establish a personal "brand name," and--if you work hard and intelligently--you'll probably earn more money than you would from sites like Examiner.com or Suite101.com.